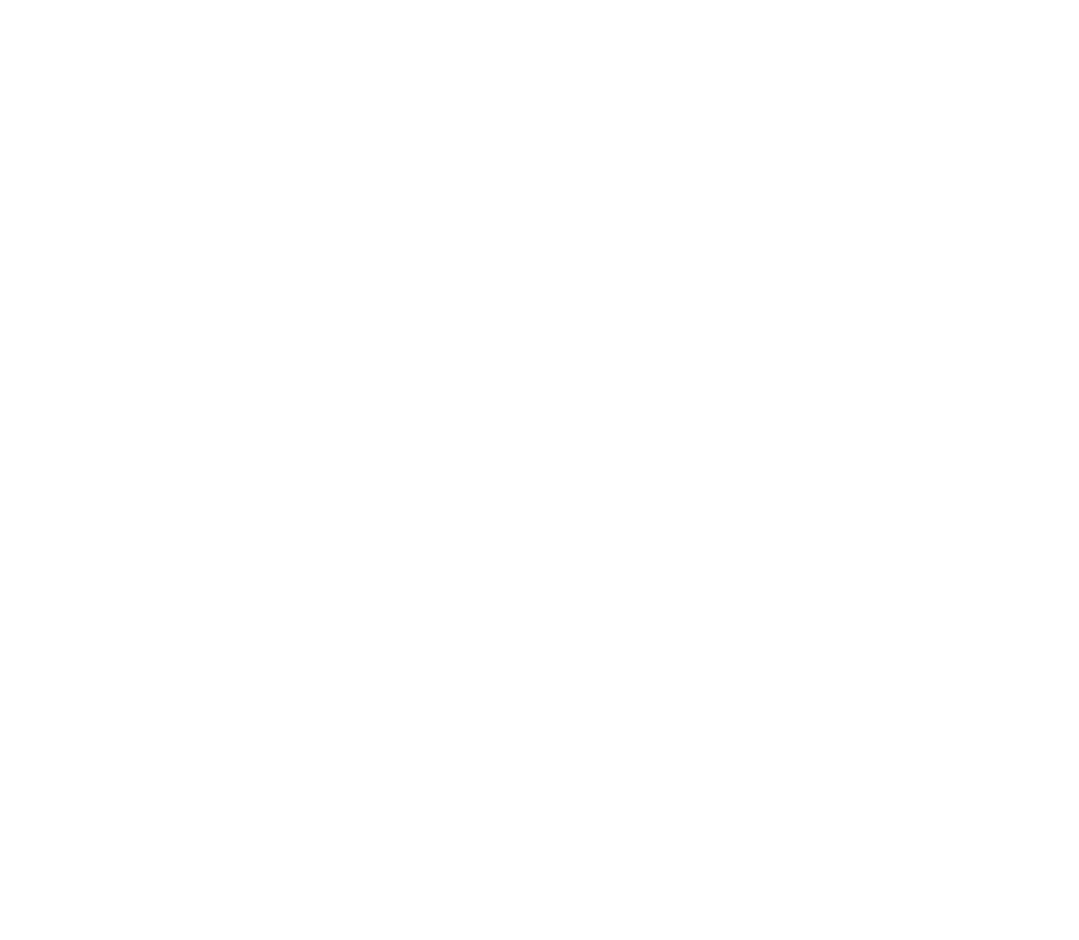 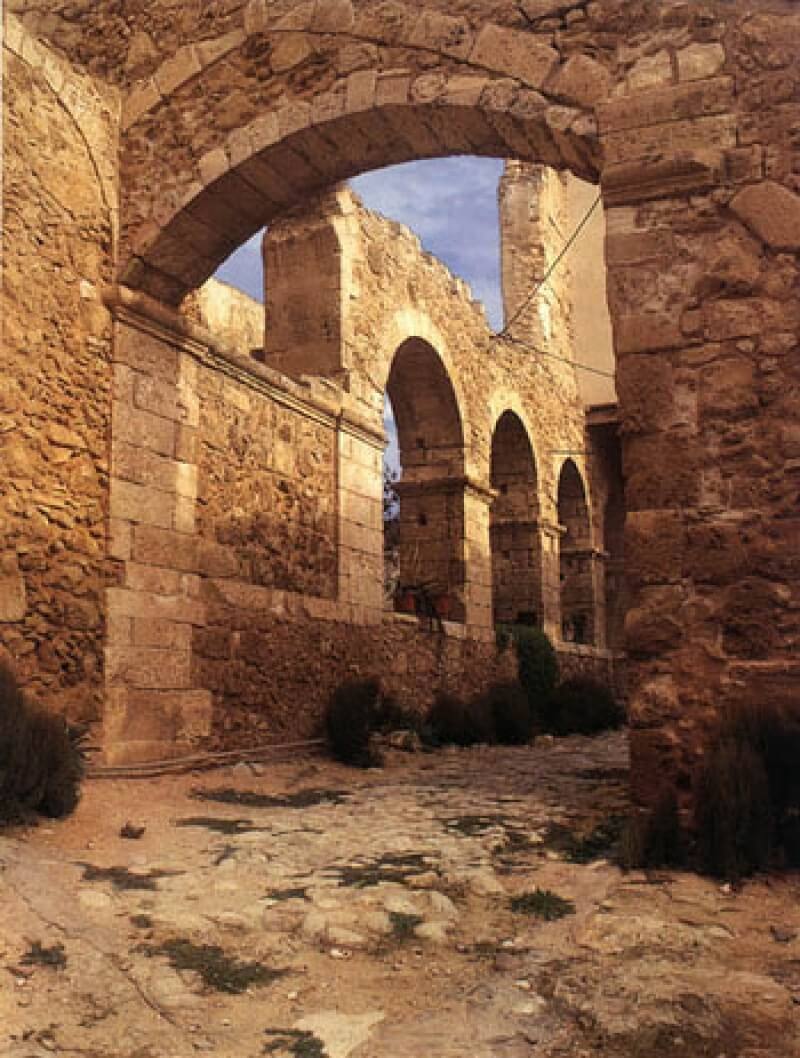 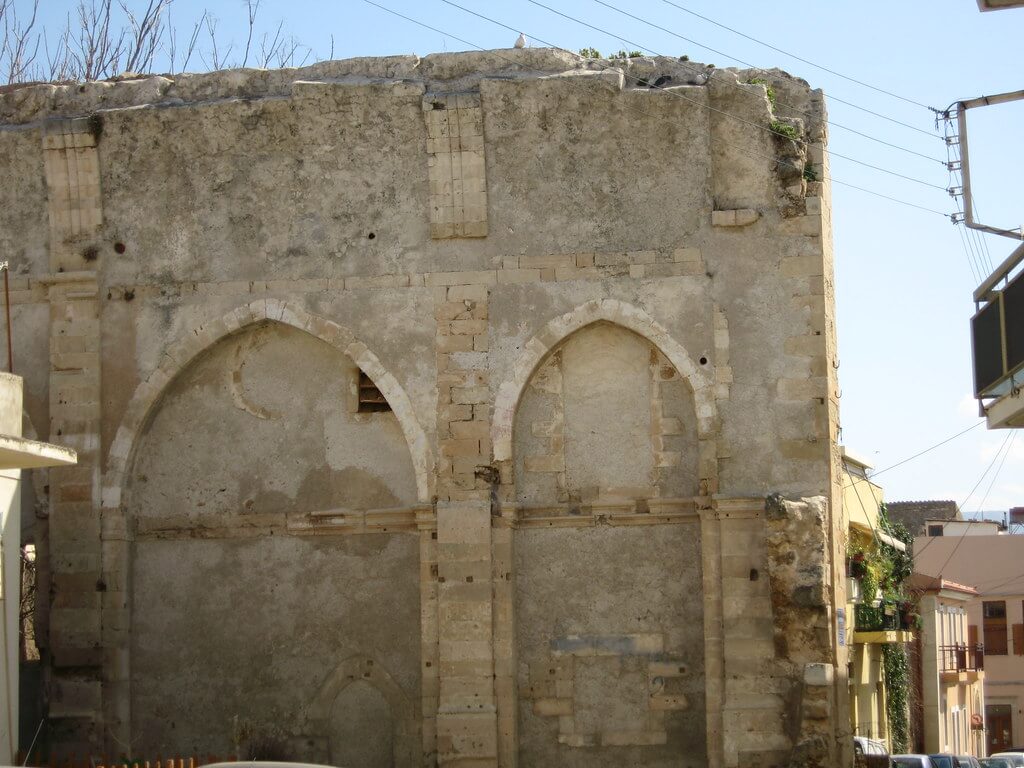 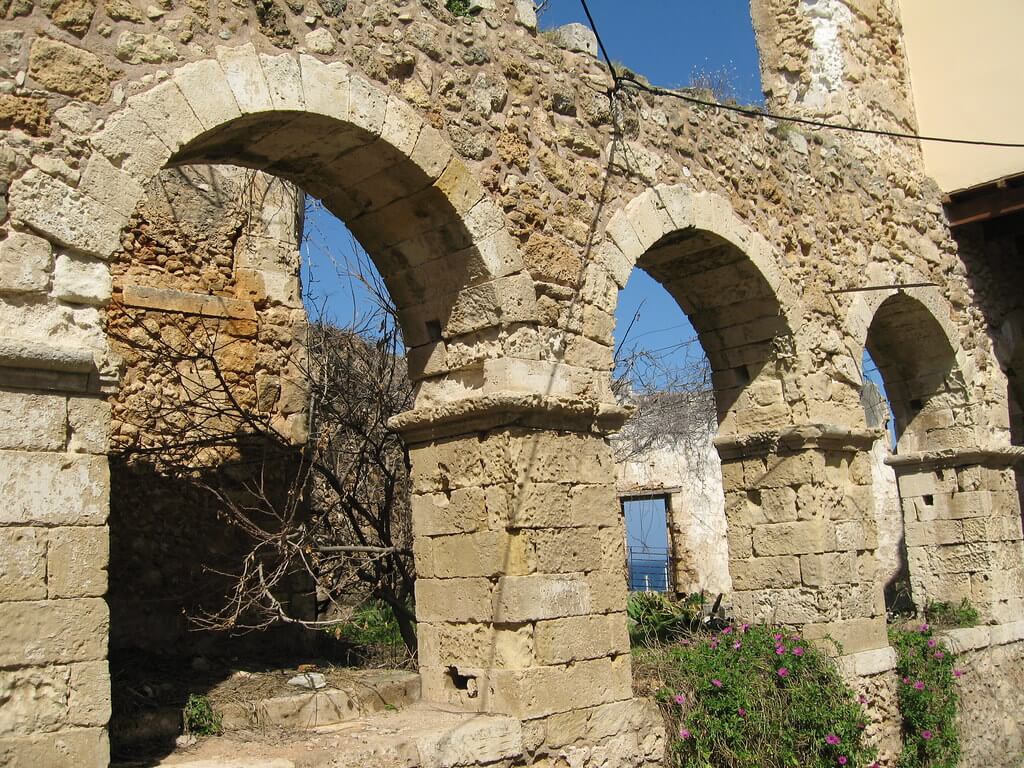 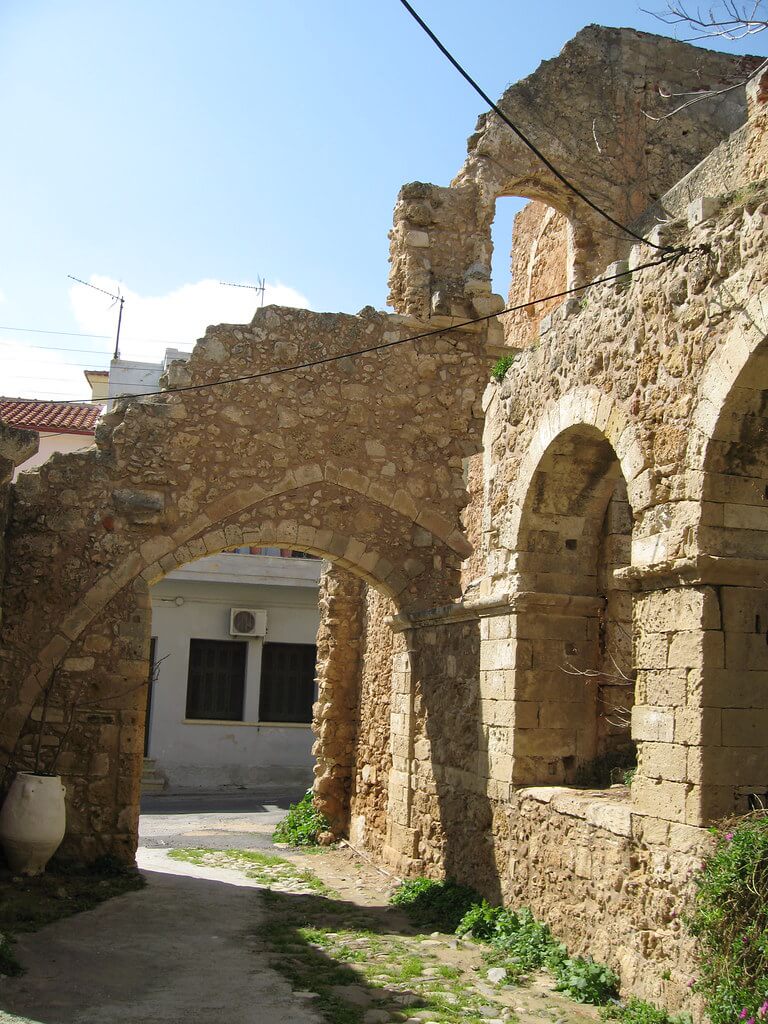 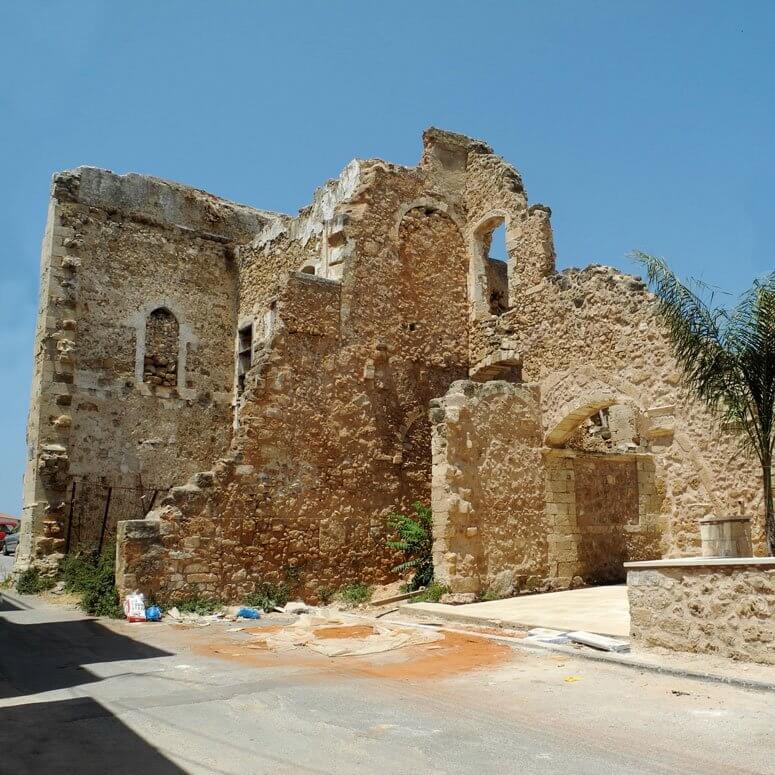 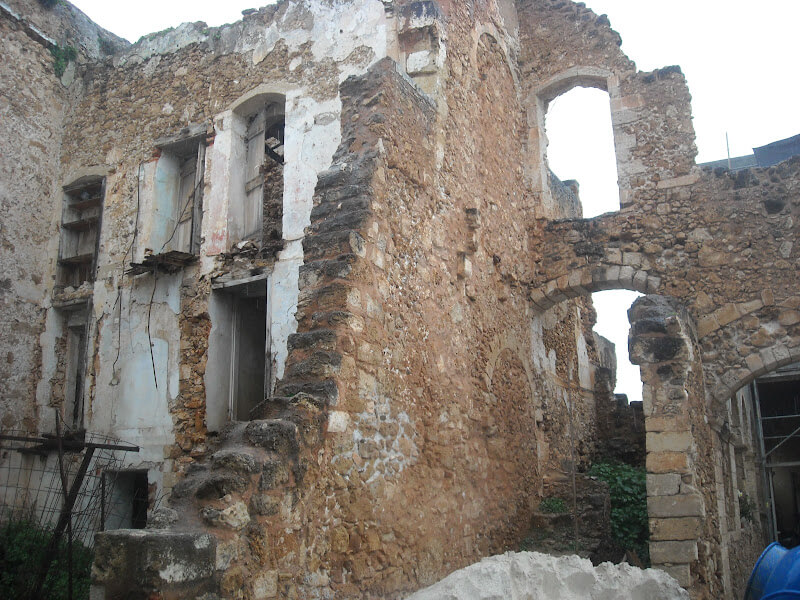 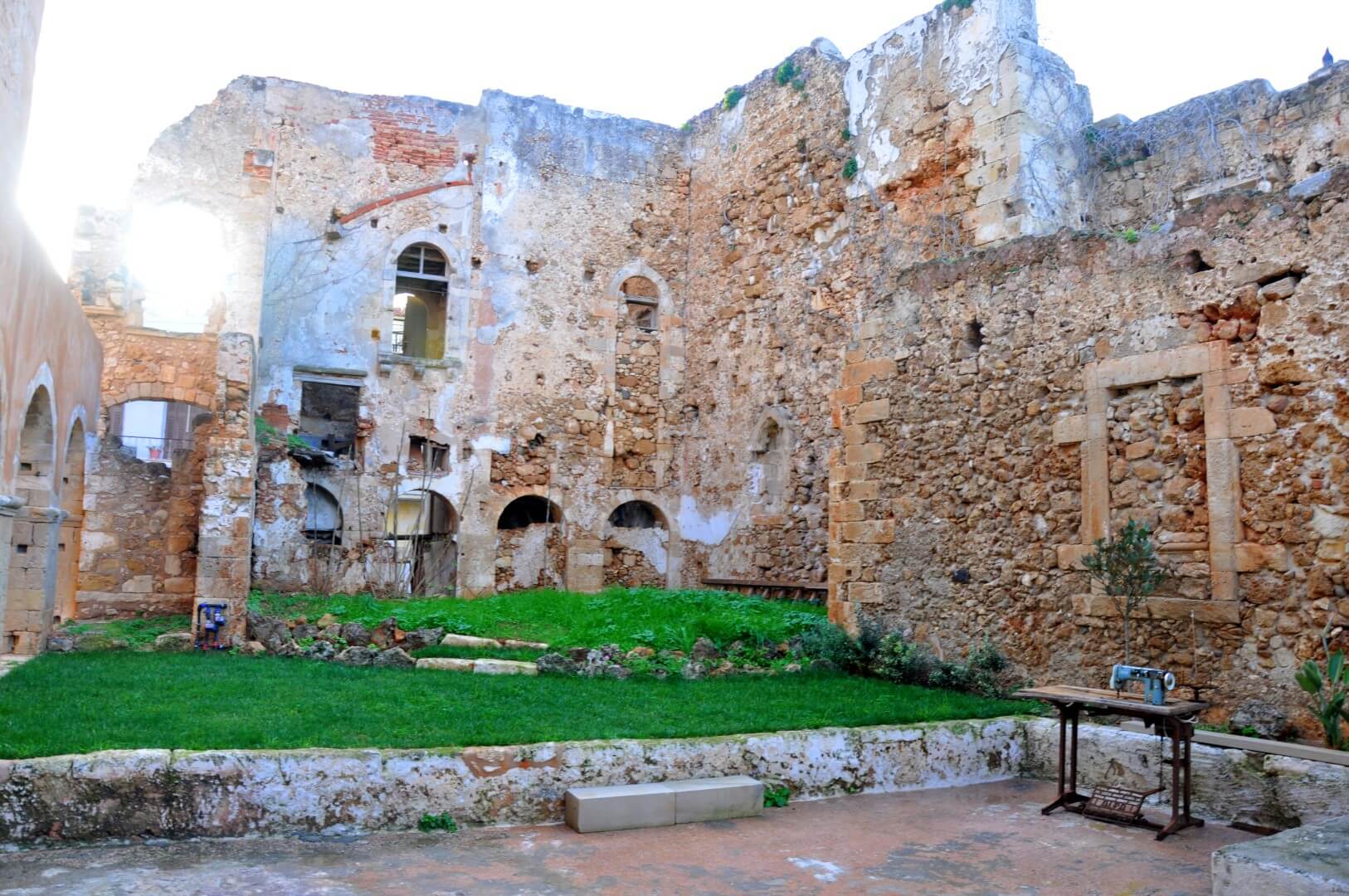 The Monastery of Santa Maria dei Miracoli (Monastery of Virgin Mary of Miracles) built in 1615 by Marussa Mengano for the Dominican nuns of Chania on the hill of Kastelli. Santa Maria dei Miracoli, as is the Latin name of the Monastery of Panagia ton Thavmaton, was an entire complex, consisting of a church and cells, surrounded by a fortification. From the original building complex, today the south and part of the east wall of the catholic are preserved and part of the cells on its south part. The interior courtyard of the Monastery is located on the south and east part of the building complex, and the Byzantine wall was used for its fencing. The catholic was a single room with a sharp arch and corners reinforced by carved tesseras.


When the Venetian occupation in Chania was at its peak, the Monastery attracted crowds of believers. The Monastery of Panagia ton Thavmaton was severely damaged due to the bombing of Chania, in 1941, during the Second World War. Today only the southern and part of the eastern walls of the church (the Catholicon), a part of the cells and the outer wall of the Monastery and a part of the old roofed hallway leading from the church to the cells are still preserved.
Nowdays after total renovation you can find Madonna del Mare Boutique suites which are full renovated under the guidance of the archaeology service to keep it as it was the building dating back to 16th century.
With lot of love we will be glad to accomodate you here to live and see the myth of this historical place! 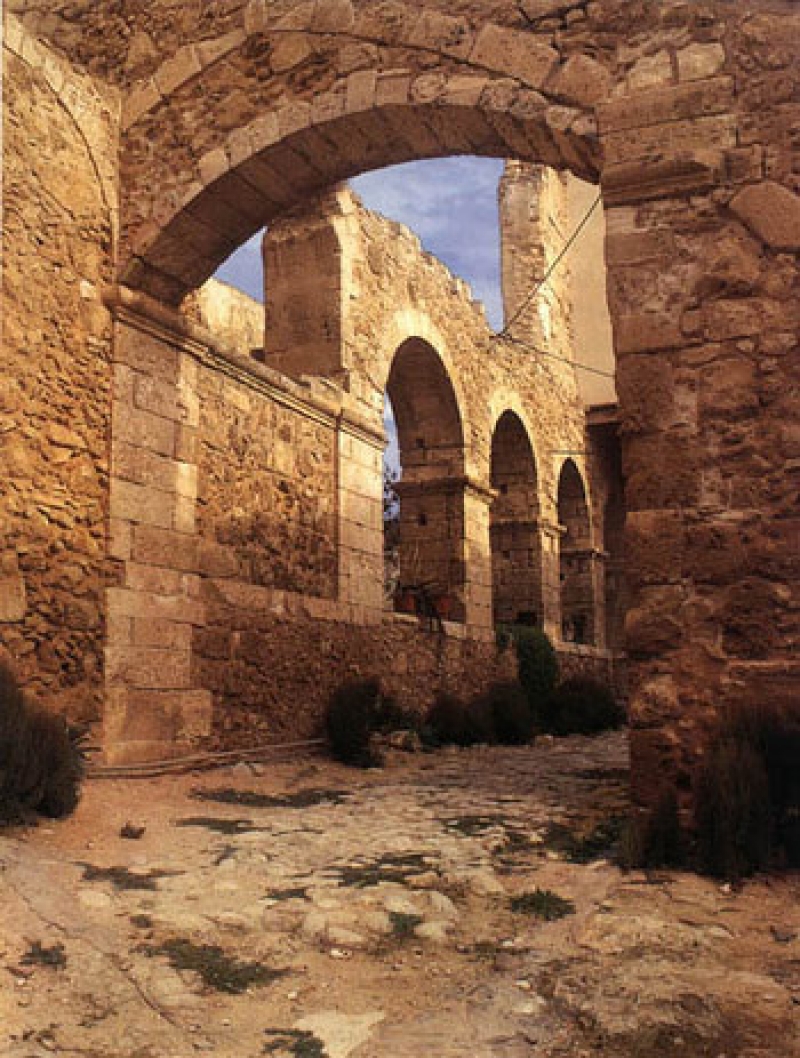 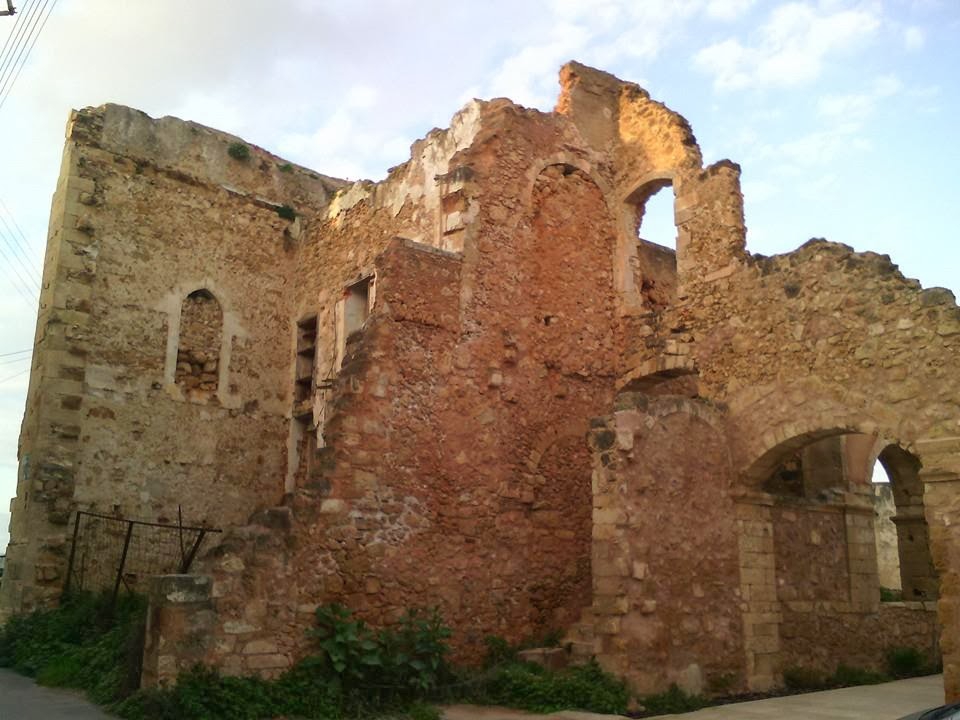 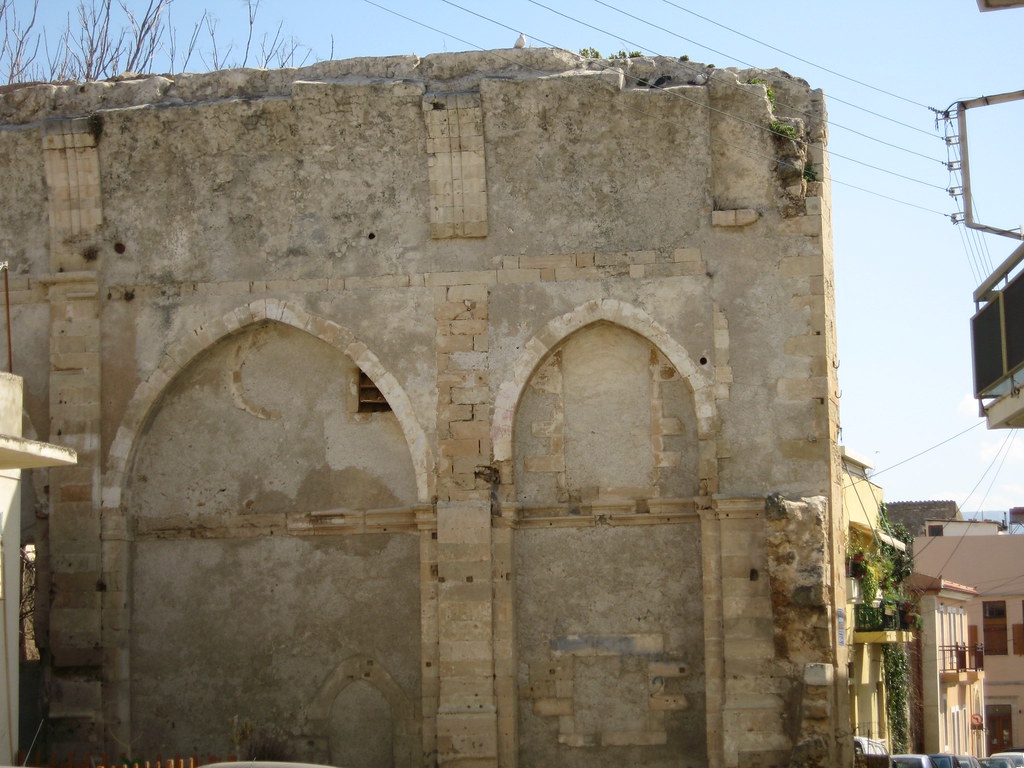 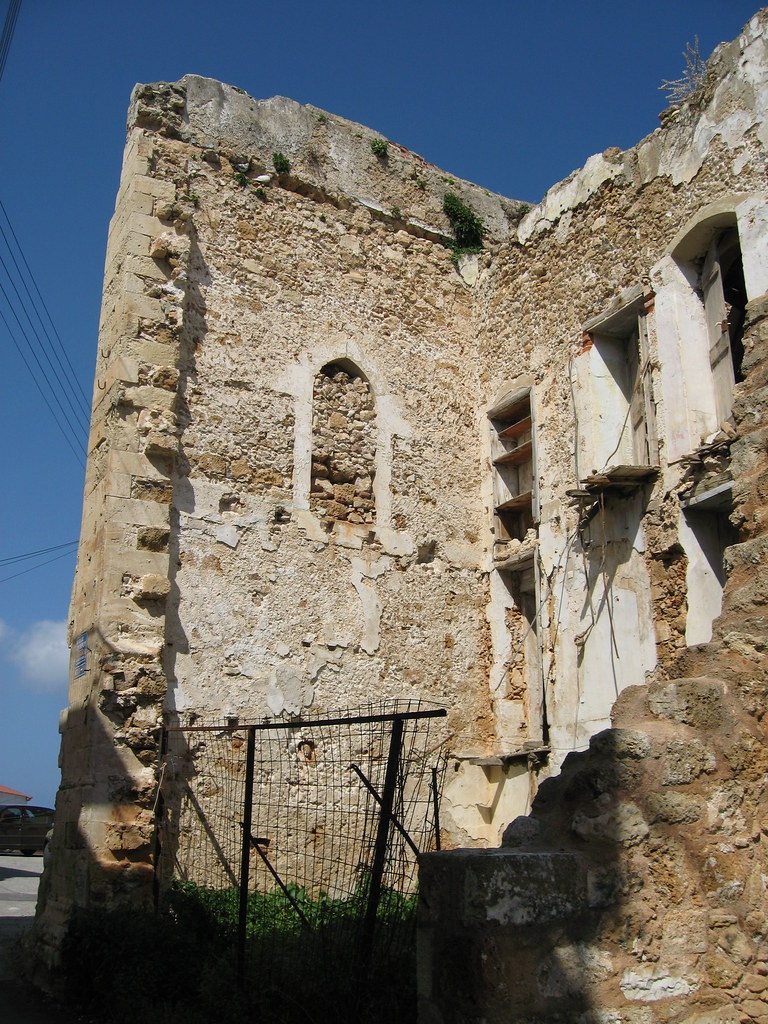 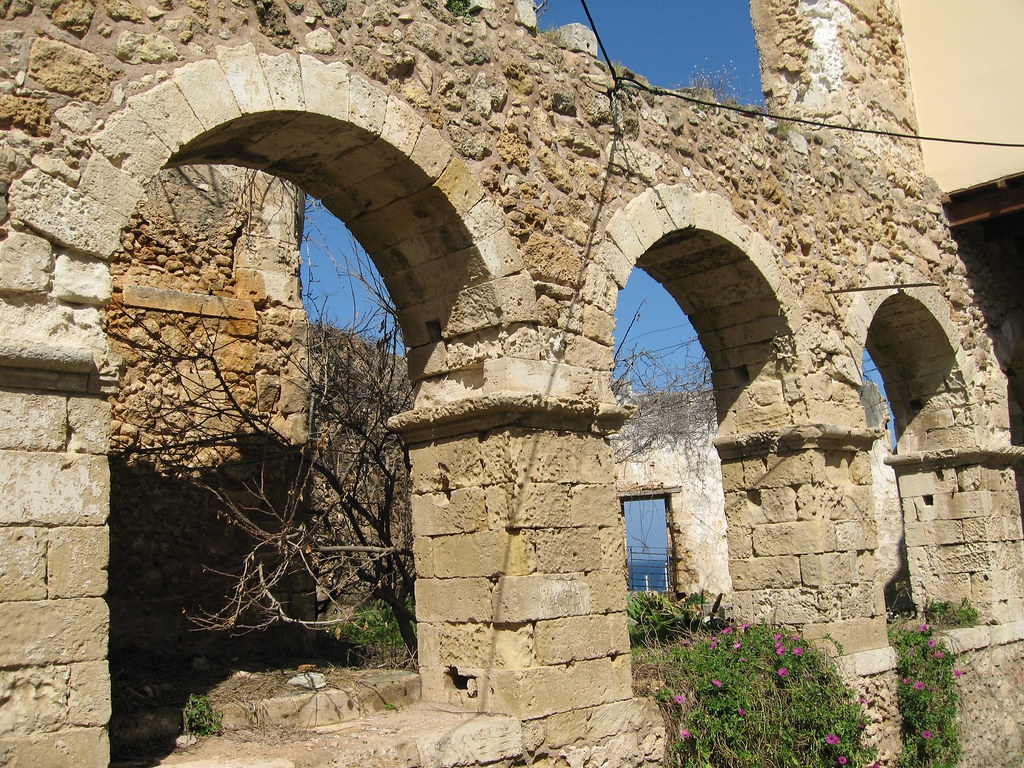 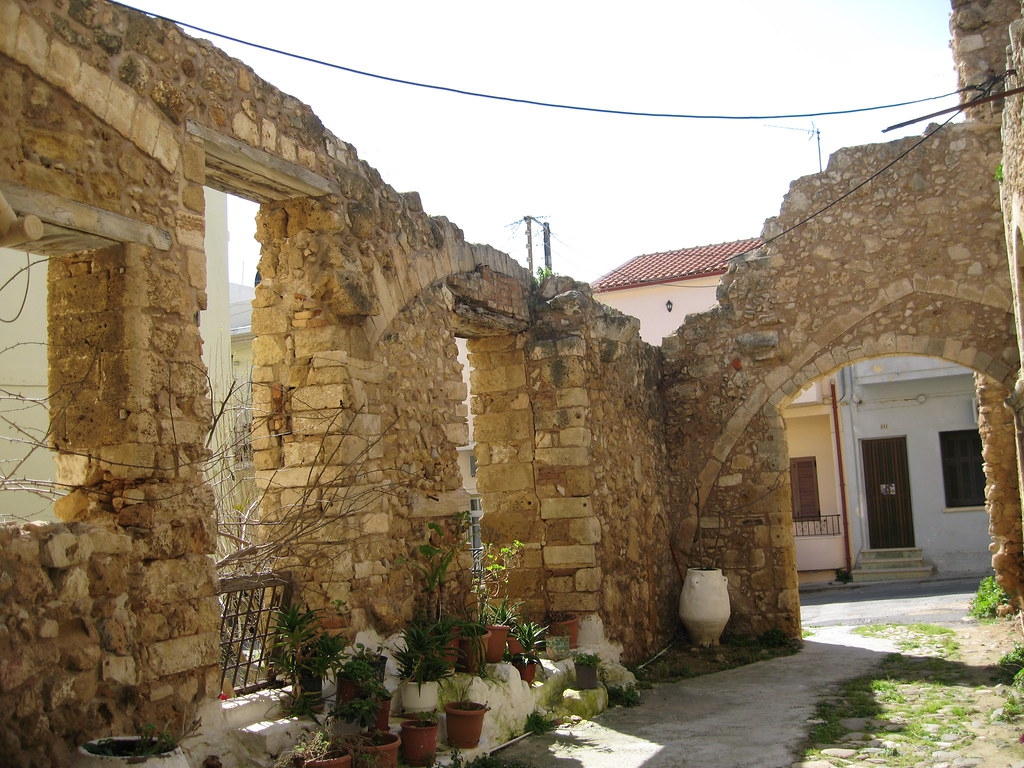 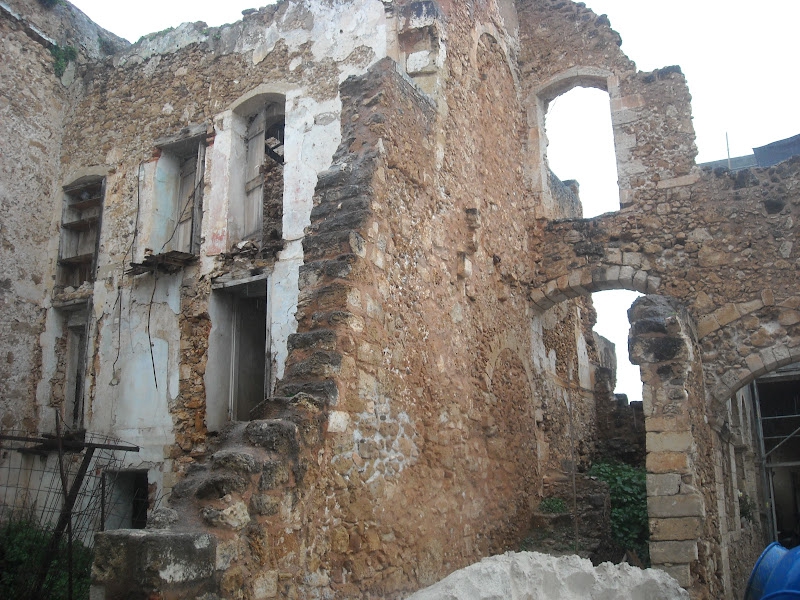 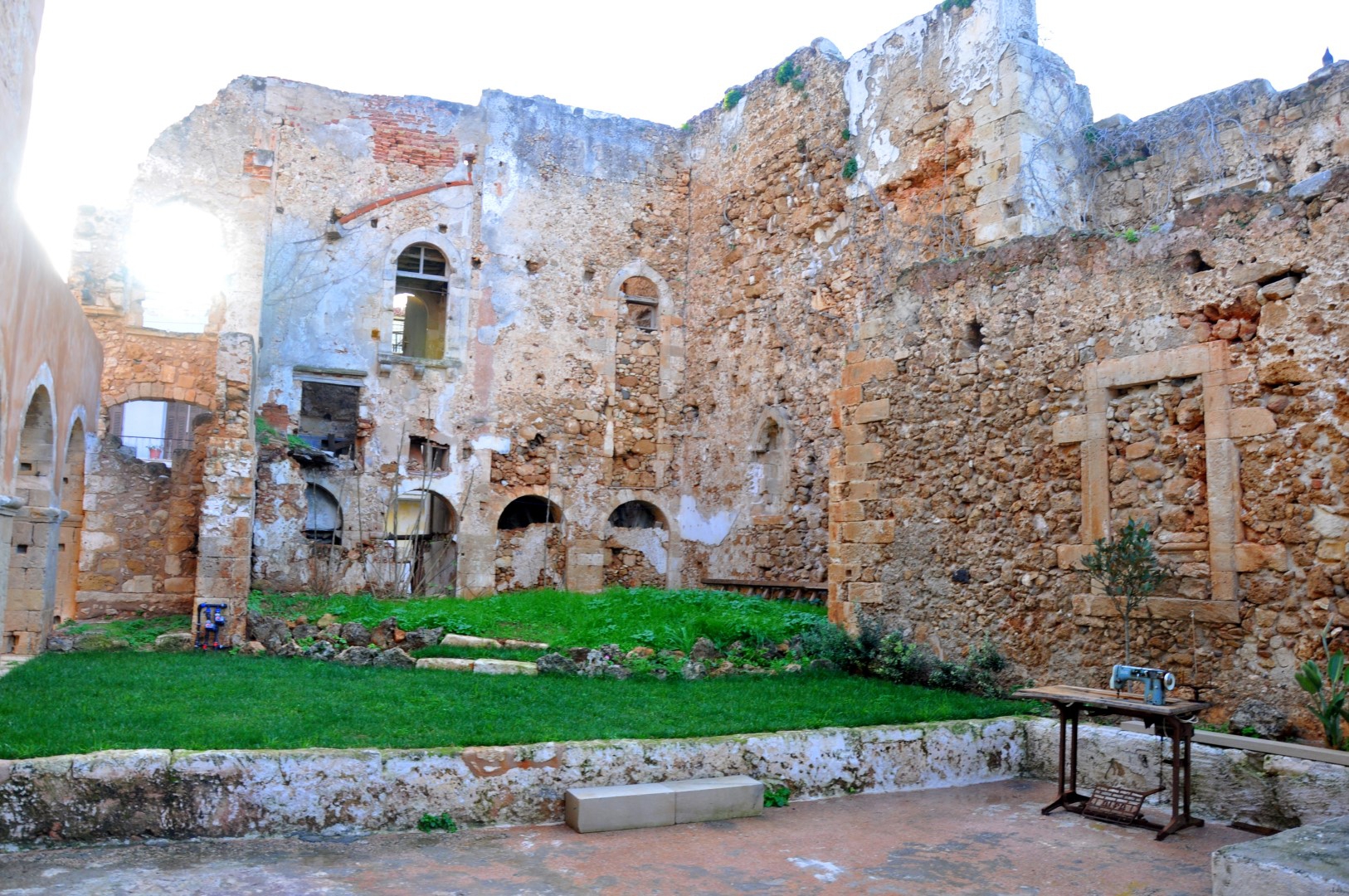